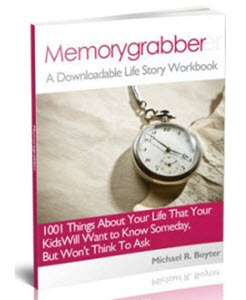 In a 1956 letter to his old college tutor, Lionel Trilling, Allen Ginsberg opined: 'I think what is coming is a romantic period. . . . Eliot & Pound are like Dryden & Pope. What gives now is much more personal.' This speculative neo-Romanticism has latterly been rigidified by sympathetic critics like Ann Charters into something altogether more reductive. In the Penguin Book of the Beats she repeatedly asserts that 'Beat literature is predominantly autobiographical' and that 'the Beats insisted on writing directly about events in their own lives'.

Two exhibits will demonstrate the violence done to these texts when they are approached as versified autobiography. The first, 'Pusan Liberty', by the neglected Beat writer William Wantling, is one of the finest English-language poems to come out of the Korean conflict, comparable to the best First World War poetry in its perception of contending soldiers as alike victims of their respective political and military masters. The poem offers a clear example of the way in which Beat literature's defining note of alienated authenticity is artistically constructed rather than being the result of the author vomiting personal experience direct upon the page.

The poem opens with a scene that brilliantly encapsulates the devastation and corruption modern war visits upon its host society:

the 6 X 6 bounces me down the washboard roads, I see the sun-eaten walls of Korea, my girl-wife & child in a mud &

What initially convinces us of the poem's veracity is not just the precise detailing but also the psychological extremity of the situation, the Wantling protagonist buying and shooting up heroin before selling some on to the enemy:

2 Chinese agents come around to make their buy, 2 young boys, they're hooked bad & I

charge them too much — we sit there & fix, I fix again, the so called Enemy & I, but just

We know Wantling was the youngest Marine Sergeant in combat during the winter 1952—3 campaign of the Korean War. We also know that his adult life was in part shaped by his addictions (many of his individual poems and pamphlets have such titles as 'Heroin', Heroin Haiku, 'Once You've Been a Dopefiend' and 'For the Peyote Goddess'). Again, the poem's acknowledgement, even as it establishes the momentary camaraderie of '3 angry boys lost in the immense / absurdity of War & State', of the narrator's little betrayal of his 'sudden / friends' by overcharging them for their fix seems like an earnest of psychological candour. As Camus put it in The Fall, 'we cannot assert the innocence of anyone, whereas we can state with certainty the guilt of all'.

Yet that use of the word 'absurdity' when describing the situation the three 'boys' find themselves in, invoking as it does Camus' 1942 essay The Myth of Sisyphus, in which the existentialist view of the absurdity of the human condition was given definitive formulation, might be interpreted as a sign, not of the poem's veracity, but of its literarity — or, if you prefer, its fictiveness. It is noticeable, for instance, that the protagonist of the poem is given no name: this not only rolls a boulder in the way of our desire to conflate the narrator of this first-person monologue with its author; it may also suggest that, to the contrary, the authorial intention was to present the protagonist as a sort of everyman, his anonymity implying a degree of universality.

(A comparison might be made with Stephen Crane's classic war novel The Red Badge of Courage, whose central character, Henry Fleming, remains nameless for most of the story's duration, being referred to simply as 'the youth'.) This is not just a matter of Wantling presenting his experiences as representative so that the subjective or autobiographical has objective or universal value, for thus far no evidence has come to light confirming that he, like his narrator, had a 'girl-wife & child' in Korea. Most tellingly of all, in a frank letter recounting his life of crime and drug use to Edward Lucie-Smith, Wantling admitted that he actually took up heroin in the United States not Korea, in 1955 not 1952—3, in peace time not in war. However much autobiography infiltrates 'Pusan Liberty', its narrator's experience is not the author's, and the poem's air of extreme authenticity is a fictional construct. In short, the emotional force of the piece is not the result of Wantling baring his soul but of Wantling baring his technique.

Our second exhibit demonstrates by the opposite means the same point — namely, the fictiveness of the Beat text and the absurdity of trying to take its measure in biographical terms. As already noted, Allen Ginsberg met Carl Solomon in the Psychiatric Institute of New York in 1949. Ginsberg dubbed Solomon 'an intuitive Bronx Dadaist and prose-poet', noted down his more memorable anecdotes and turns of phrase, picked up from him Artaud's concept of the artist as a man mad (i.e. sane) in a sane (i.e. mad) society, and six years later brought all these elements together in a poem whose full title is 'Howl for Carl Solomon'. The piece famously begins

I saw the best minds of my generation destroyed by madness, starving hysterical naked, dragging themselves through the negro streets at dawn looking for an angry fix and Solomon is presented as a prime example, a lunatic—saint cruelly incarcerated in a mental asylum by an uncomprehending society. The pivotal moment of the long first section of the poem begins with a passage particularly reliant on Solomon's stories:

who threw potato salad at CCNY lecturers on Dadaism and subsequently presented themselves on the granite steps of the madhouse with shaven heads and harlequin speech of suicide, demanding instantaneous lobotomy, and who were given instead the concrete void of insulin Metrazol electricity hydrotherapy psychotherapy occupational therapy pingpong & amnesia and culminates in the direct address: 'ah, Carl, while you are not safe I am not safe'. The third part of 'Howl' opens with a variant of this address — 'Carl Solomon I'm with you in Rockland' — the last five words of this line thereafter being repeated eighteen times as a refrain. (Rockland was one of the mental hospitals in which Solomon was held.) In short, Solomon is the poem's dedicatee, addressee, inspiration and hero—victim. He is to 'Howl' as Neal Cassady is to On the Road, the real person whose life the work celebrates.

Once again, however, the case is not what it seems. Solomon left hospital years before the completion of 'Howl' and went to work for Ace books where he accepted Burroughs's Junky but rejected the 1951 version of On the Road because Kerouac was still refusing to revise. Not only was Ginsberg's plangent identification with his captive buddy ('I'm with you in Rockland') out of date, Solomon being free, but as the latter admitted the wild adventures he had earlier recounted to the poet, and which provide 'Howl' with so much of its vivacity, were largely bogus:

I gave Allen an apocryphal history of my adventures and pseudo-intellectual deeds of daring. He meticulously took note of everything I said. . . . [H]e published all of the data, compounded partly of truth, but for the most [part] raving self-justification, crypto-bohemian boasting a la Rimbaud, effeminate prancing, and esoteric aphorisms plagiarized from Kierkegaard and others - in the form of Howl. Thus he enshrined falsehood as truth and raving as common sense for future generations to ponder over and be misled.

In making this disclosure, Solomon gleefully supposes that he has exposed the poem as worthless. However, just as we found with the Beats' use of improvisation that a spontaneity that has been premeditated, rehearsed and artfully constructed - if you will, a simulated spontaneity - feels more real than genuine extemporization; so the autobiographical 'truth' of Beat literature is most plausible when the product of fictive means. The poet probably thought he was 'telling it like it is'; but by persuading Ginsberg of the truth of his fabulated life, Solomon released him from the treadmill of the biographical into a larger realm of linguistic play. And this, in turn, made the fiction real in the only place that matters, not at the level of the life lived but at the level of the words on the page. To put it another way, the success of Beat literature stems from the fact that even when the authors were trying to be autobiographical they signally failed in the endeavour.

Have you ever wondered just who your ancestors are? Discover The Secrets to Finding Family You Never Knew You Had! Never Before Revealed Information!